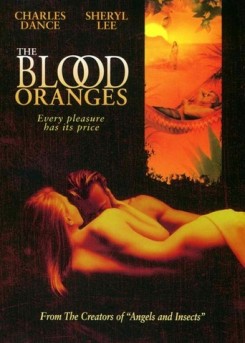 The Blood Oranges is a film based on the novel by John Hawkes about a married couple, Cyril and Fiona Dance. They live in a coastal village in the 1970's and claim to be monogamists but, they actually believe in multiple sex partners. Fiona and Cyril invite another couple to join them in their exploits and through this relationship, they discover that their lifestyle can prove disastrous.

There is a dog in several scenes sitting next to a little girl, jumping from a van sitting in the water to the bank, and walking from A to B. The trainer placed the dog on its mark and cued it with verbal commands. In another scene, a maid is sitting with a bucket full of dead quail, plucking and preparing them for dinner. Later, the quail are on the table after being cooked. Other animal action consists of a young girl leading a few goats from A to B with a couple ears of corn and a woman feeding two rabbits in a large cage.