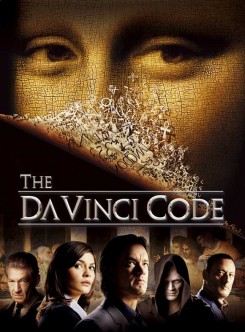 A murder inside the Louvre and clues in Da Vinci paintings lead to the discovery of a religious mystery protected by a secret society for two thousand years -- which could shake the foundations of Christianity.

American Humane's Film & Television Unit did not monitor the foreign production The Da Vinci Code, which was filmed in the United Kingdom and other European locales. The Film Unit's work is funded by a grant from the Industry Advancement and Cooperative Fund – administered by trustees from the Screen Actors Guild (SAG) and the Alliance of Motion Picture and Television Producers (AMPTP) – which allocates resources solely to cover SAG domestic projects working under the SAG/Producers codified agreement.

Productions filming abroad do have the option of contracting for American Humane's monitoring services. However, this does not guarantee that the film will receive an End Credit Disclaimer, as it is awarded exclusively on the basis of the animal treatment during production. The filmmakers did not request our services for this production, and since American Humane was not present to witness the animal action firsthand, we are rating the film "Not Monitored". Sony Pictures did provide a pre-release screening of The Da Vinci Code to allow us an advanced look at the animal action, which American Humane appreciates.