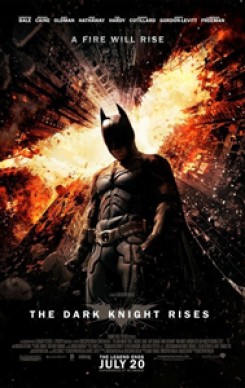 Eight years after hiding out, Batman resurfaces to protect Gotham from the evil terrorist, Bane.

The Dark Knight Rises has very few animals to account for in the film. Still, the American Humane Association was in London to cover every last piece of animal action in the film.

With all the mayhem taking place in Gotham as Batman and his newest nemesis, Bane, going to war, you could imagine that the Gotham police force patching up all the destruction and protecting its citizens with their K-9 dogs on hand. In one particular scene, the Gotham Police investigate a disturbance with their K-9 dogs on leashes, barking. In shooting this scene, the trainers were just off camera cuing the dogs to bark. Moreover, the dogs were with their trainers the whole time and secured.

The bats flying in the cave were CGI.