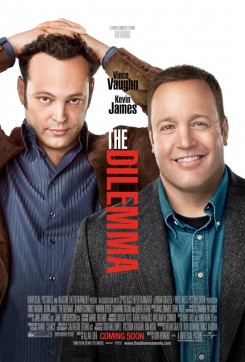 When a man finds out his best friend's wife is cheating, he has to decide if he should tell his friend or keep it a secret.

Ronny (Vince Vaughn) throws a guitar, which hits Zip's (Channing Tatum) aquarium, shattering the glass and spilling the fish to the floor. This scene was filmed in separate shots. The scene involved both actors and stuntmen, all of whom were well-rehearsed for the choreographed fight leading up to the tossing of the guitar. The guitar was a rubber prop and the fish were unfazed by the prop hitting the tank. The tank with live fish was then replaced with a breakaway prop tank filled with water and rubber fish. The fish flopping on the floor was achieved with a combination of rubber fish and special effects.

American Humane Association also monitored a scene involving dogs, which was cut from the theatrical release.