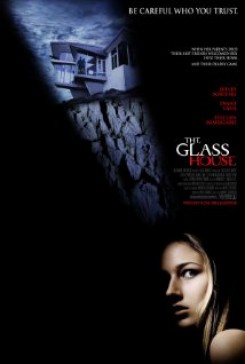 Just as many actors lament that their best work ends up on the cutting room floor, so it goes for the animal actors in this film, a sinister drama about the life of a recently orphaned girl who is sent to live with shady family friends.

Six goldfish were cared for on set by two crew members, who fed them each morning and cleaned their aquarium on a regular basis. Another set of fish belonged to a schoolteacher who worked at the school where some filming took place. The fish lived in two separate aquariums and were cared for by their owner. While all three aquarium tanks with goldfish were present during filming, their appearance in the movie was ultimately nixed. Sadly, the fishes' film careers are now floundering on the cutting room floor.

So even though the fish didn't make the final cut, rest assured that AHA was still on set to monitor their scenes. AHA's mission is to assure their humane care whether they appear on the silver screen or not.