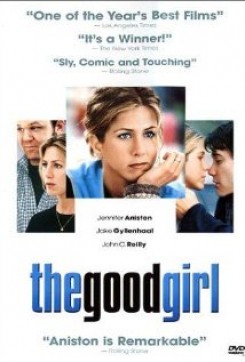 Ensue, a German Shepherd, played Phil's friend Bubba's (Tim Blake Nelson) canine companion. As Justine parks her car outside Bubba's house, the dog excitedly barks from within. This was actually a sound effect added in post production. Bubba soon opens the door for Justine and the dog jumps up on the actress. Bubba reprimands the dog to get down and the dog obeys, sulking off into a nearby corner. A trainer put Ensue on his mark then cued the canine from off-camera to achieve the action. Although the actor yells at the dog, he is not upset by the tone of his voice.

Later, as Justine narrates a scene, Bubba and the dog calmly sit and stare into the camera. The trainer put the dog on his mark beside the actor and stood behind the camera holding up a toy to hold Ensue's attention. During another scene, Ensue sits at the end of Bubba's bed barking incessantly. Bubba commands the dog to the corner once again and he obeys. This time, however, the dog continues to bark as another person peeks into the room from the window. Bubba runs out the door with a blanket around him and the dog follows, grabbing the blanket off of Bubba and exposing his naked body. Both the actor and the dog run back into the house, the dog still grasping the blanket in his mouth. The trainer put the dog on his mark by the bed and cued him from off camera. A trainer released the dog to exit the house with the actor and verbally cued him to grab the blanket, and Ensue playfully obliged.