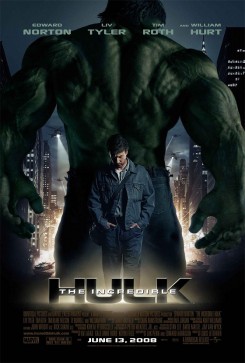 Scientist Bruce Banner (Edward Norton) has left the love of his life, Betty Ross (Liv Tyler) to seek a cure for the mutation that causes him to turn into the Incredible Hulk. Meanwhile, militant forces are pursuing Banner to figure out the source of his strange powers.

Bruce (Edward Norton) is fixing some food in the kitchen and his pet dog is standing nearby waiting to get a taste. Bruce gives the dog a sample of his food and pets him. Later, Bruce goes into the living room, where the dog is lying on the couch. He walks over and pets the dog. For this mild action, the trainer placed the dog on its mark and stood out of camera range using a combination of verbal cues and hand signals to get the dog to stay and look in various directions.

Soldiers arrive at the house and send a cable under the front door. The dog picks up the cable in its mouth as the men burst into the room. The dog barks furiously at the soldiers and one of them turns and appears to shoot the dog with a dart gun. The dog is not shown getting shot — only the sound of the barking stops. This scene was filmed in separate shots. The trainer placed the dog on its mark, stood off-camera and verbally cued the dog to "get" the piece of stiff rope that doubled as the cable. The off-screen trainer placed the dog on its mark and cued the dog to bark and act agitated. The dog was removed before the actor shot the fake dart.

As the soldiers search for Bruce, we see one of them step over a small dog asleep on the stairs. Another dog passes a soldier on the sidewalk. For these scenes, the trainer placed the dogs on their marks and then used hand signals while standing out of camera range.