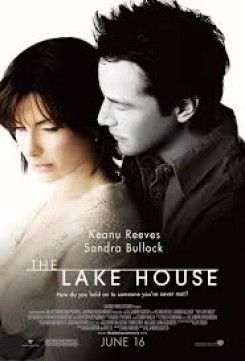 As Dr. Kate Forster (Sandra Bullock) vacates her beautiful lakeside rental to take a job in the city, she leaves a note in the mailbox asking the future tenant to forward her mail. When frustrated architect Alex Wyler moves in, he finds her note but is perplexed, given the house's abandoned and dilapidated state. It soon becomes apparent that these characters are actually living two years apart. Despite this obvious drawback, Kate and Alex find themselves opening up to each other through letters left in the lake house's mailbox and eventually falling in love. But can they somehow join their two worlds, or will they risk losing each other forever?

A Portuguese Podengo named Nikki played the role of Kate and Alex's shared canine companion, Jack, throughout the film. The dog is often seen walking or riding in the car with his owner, lying on the bed, or jumping up to greet Kate or Alex. For shots in the car, road traffic was blocked off and the dog wore a leash held by a trainer hiding on the floor. Trainers used verbal cues and treats to accomplish the mild companion behaviors Jack demonstrates in these scenes.

In one scene, Jack approaches the lake house while Alex works outside. The dog steps in paint as he walks across the wooden jetty, leaving behind a trail of paw prints. Production lightly coated an aluminum tray with tempera, an egg-based non-toxic paint, and let it dry. One trainer, dressed in blue (for easy digital removal later), stood in the middle of the jetty, cueing Nikki to come and step into the paint tray. Paw prints were added digitally during post production.

Alex tries to break Jack of the undesirable habit of jumping up on people. According to the Safety Representative monitoring the production, Reeves was very patient with the dog and suggested using verbal commands of "wait" or "down" instead of "no!" so the dog would not associate the cues with reprimands. A combination of treats and gentle cues from Reeves helped Nikki accomplish the action as two trainers looked on.

Jack jumps out of Alex's pickup truck in one scene, runs away and ends up in front of Morgan's (Dylan Walsh) house. The dog runs away from Alex a second time near the end of the film. The first sequence was filmed in several takes. For the jump from the truck, trainers set up a platform of plywood and apple boxes inside the truck bed, and the trainer simply called the dog to jump out. Nikki then performed a series of 200-ft. runs across a foot bridge, past a church and through a park, with trainers at each end cueing her and rewarding her with treats. The set was locked off to traffic, and Nikki was taken to a heated tent between takes.

For the second escape scene, Reeves gave Nikki a food reward halfway through their walk, and then the dog was cued by one trainer to run toward a second handler off to the side. The dog's pathway was clear and dressed with biodegradable, non-toxic, fake snow.