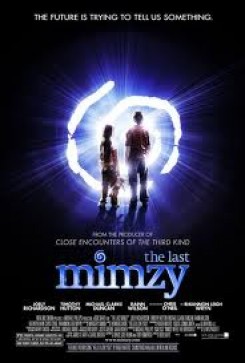 Two siblings begin to develop special talents after they find a mysterious box of toys. Soon the kids, their parents, and even their teacher are drawn into a strange new world and find a task ahead of them that is far more important than any of them could imagine!

As a young man plays his guitar in one scene, the camera pans the grounds and we see a variety of animals and insects acting naturally. Each animal and insect was filmed separately. The grounds were checked ahead of time and the animals and insects were placed on their marks and filmed as the trainers stood just off camera to supervise. The director wanted the scene to look as natural as possible. A roach crawls on the side of a desk and David (Timothy Hutton) knocks it off in one scene. A wrangler placed the insect on the desk and knelt down below the desk and out of camera range to catch the bug as it was gently pushed by the actor. Later, when Noah makes a special sound we see some roaches begin to crawl on the floor and wall. A wrangler placed a few roaches on the wall and on the floor and let them crawl as he stood just off camera, waiting to retrieve them afterwards. The production purchased the footage of a chef cooking some lobsters that appears on a television in one scene. All of the spiders in the film and the two-headed snake were computer generated.