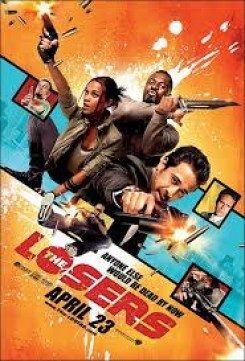 A CIA special forces team are betrayed and left for dead by their superiors, galvanizing them to mount an offensive on the CIA.

All grounds were inspected for hazards and sets were closed and secured. Cast and crew members were introduced to the animals and instructed on their proper handling. Cockfight For the cockfighting scene, trainers had rehearsed the birds before filming. For a shot in which hands are seen heating glue with a lighter and gluing a rubber spur onto a bird, the lighter and the glue were filmed in the absence of the rooster. When the rooster was on set, its real spur was taped as a precaution. The birds were equipped with special harnesses attached to monofilament lines controlled by off-screen trainers. Therefore, the distance each bird walked or flew was controlled by the trainers. These scenes were incredibly well-choreographed so as not to let the birds accidentally hit each other or cause any harm. Horses, Iguana, Dogs and Chickens For scenes in which horses run in the background, stunt men rode or walked the horses through the scene. The running was well-choreographed, and the stunt men used caution while on and near the horses. For the shot in which an iguana is seen on a tree limb, the iguana was trained and had a monofilament line attached to its leg, which was held by a trainer as a precaution. The iguana was filmed merely sitting on the branch and was retrieved right after. For the guard dog scenes, professional search dogs were filmed being walked by their regular handlers. These costumed handlers walked the leashed dogs and cued the mild action. Chickens and dogs seen in the background were native to the filming location and coincidentally caught on film. No gunfire was used around these local animals, and vehicles were kept a safe distance from them. Three local background dogs were trained before filming, and all of them were adopted into good homes after the production finished.