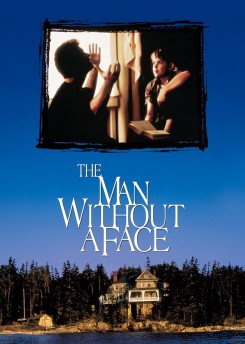 Man Without A Face, The

Set in a coastal New England village, The Man Without a Face is an absorbing melodrama which centers on the relationship between a young fatherless boy and a town recluse, a man considered a freak because half his face has been horribly disfigured in a car accident. It's a story of trust, friendship and tolerance with exceptional performances by all but especially by the two leads. Twelve-year-old Chuck is an emotionally troubled, lonely boy struggling to survive in a female household of two half sisters who constantly put him down, and a selfish insensitive mother who is shopping for her fourth husband. More than anything, Chuck wants to pass an entrance exam for a military academy where he can escape his hostile home environment. He has already flunked the exam once, so he must spend his summer vacation cramming for a second chance at the exam. Always told he is a slow learner, Chuck knows it will be difficult to pass the exam without a tutor. After several chance encounters with McCloed, a man the townsfolk refer to as a "freak", Chuck learns that McCloed had been a teacher in a high ranking boys academy. Chuck begs McCloed to tutor him, which at first he refuses but then relents. McCloed makes learning fun for Chuck and opens up a whole new world for him as they explore math, great literature and Schopenhauer. Chuck keeps his tutoring a secret from his mother for fear she will stop it. McCloed has lived in the community for seven years and is always the subject of gossip at cocktail parties where there is much speculation about his past and wild and vicious rumors are concocted. As their trust and friendship develops, McCloed slowly reveals the truth of his past to Chuck who sees in him the father figure he craves. All is shattered when their tutoring arrangement is discovered and misunderstood. A variety of animals are present throughout the film. McCloed's dog, Mickey, a German Shepherd is present in several scenes. We first see him inside McCloed's truck as he growls and snarls at Chuck and sticks his nose out through a crack in the truck's cab window. This scene was shot in cuts. The dog was responding to verbal commands of his trainer with food as a reward. Mickey is next seen as he barks at Charles and several of his friends as he chases them off of McCloed's island. This scene was shot in cuts and the dog was filmed separately from the boys. Again the dog responded to verbal cues from his trainer with food as a reward. In a later scene McCloed carries Mickey into the house. Mickey has bandages on his paws and snout as McCloed announces that he encountered a porcupine. Bandages were merely applied to the dogs paw and snout and he, of course, had no injuries from a porcupine encounter which was not filmed and therefore never shown on screen. McCloed also has a beautiful stallion which he rides in several scenes. Charles has a pet cat called Mac. The cat is seen at various times being petted, picked up, or fed. In one dramatic scene, Chuck discovers his older sister in bed with her boyfriend. The boyfriend, angry at Chuck, chases him down the stairs, twisting his arm and pushing him to the floor. Mac comes to Chuck's defense by leaping out of the dark and onto the boyfriend's bare back and scratching him. The boyfriend throws the cat off as the cat lands on his feet and scurries off. This scene was shot in cuts. The cat actor had been trained for this particular scene. His trainer dropped him from a distance of about three feet above the actor's back. The cat was not distressed in any way and did not at any time scratch the actor when he landed on the actor. A fake cat was then substituted for the real cat and the actor threw the fake cat. The real cat was then filmed being dropped from a small height and running down the hall. The cat was running to a second trainer who was calling the cat with a buzzer and the cat received a food reward. The cat was calm throughout, showed no signs of distress and seemed to enjoy her run and treat.

Other animals seen briefly are a goat being walked on a leash in a parade and seagulls being fed bread that is thrown into the water from a ferry boat, and sheep grazing in a pasture. The Man Without A Face was filmed in Maine. We were represented by the Animal Protection League and the Brunswick Humane Society.