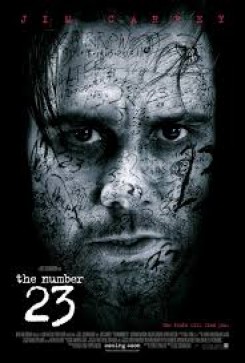 There is no such thing as destiny, only many choices. The choices that Walter (Jim Carrey) made were part of a past he had forgotten until a mysterious book brings light to a life that he doesn't remember living.

Walter (Jim Carrey) "meows" when a lady and her dog walk by, and the dog barks. The lady turns in the opposite direction, trying to calm the excited dog. The trainer handed the leashed dog to the actress just before filming began. A second trainer hid in the back of a nearby vehicle and verbally cued the dog to bark. The dog was rewarded with treats between takes and retrieved by a trainer at the scene's completion.

Walter tries to capture a bulldog named Ned with a catchpole, but the dog growls, bites him and escapes. This scene was filmed in separate shots. The dog pole was placed around the dog's neck before filming began. The actor was handed the pole and the dog was verbally cued to growl, bark and back up, giving the appearance of a struggle. Creative camera angles and the actor's reaction made it look as if he had been bitten. The dog backed out of the pole loop and the trainer, armed with the dog's favorite treats, went around a corner and cued the dog to follow. The area was cleared for the dog's sprint out of the scene. The number of takes was limited to ensure the dog's comfort in this high energy scene. Ned was played by a bulldog named Butch. This was Butch's acting debut, but he was very comfortable with the cast, crew and all of his assigned actions.

Walter chases Ned through a graveyard with a tranquilizer gun in two scenes in the film. These scenes were filmed in separate shots. In one shot, a trainer held and released the dog to run to another trainer waiting out of frame. Verbal cues were used to achieve this action. In another shot, the dog was set on its mark by a trainer and a treat was placed on top of a tombstone to encourage the dog to look in the needed direction. The dog was then called offscreen by an awaiting trainer and rewarded with treats. In a later scene, Walter shoots the dog with the tranquilizer gun, and the dog stumbles and lies down. For this action, the dog was placed on a mark and given verbal cues by the trainer to lie down. A stuntman stood in for Carrey and the tranquilizer gun was not loaded.

A young boy follows a dog through a field to a neighbor's house and into a bedroom. For this scene, the dog trotted on a treadmill. Green screen and computer generated imaging (CGI) were used to make it appear as if the dog were running through a field. The dog was well-rehearsed and comfortable on the treadmill, and a bait stick (a treat hanging from a stick) was used to encourage the dog to run forward. The number of takes was limited and the scene was shot on a closed studio stage. A carpeted platform was made for the dog to easily jump up on the bed.

In another scene, Walter rapidly drives toward Ned, stopping just short of hitting him. This scene was filmed in separate shots. The dog was given verbal cues by a trainer to "sit and stay." The dog's position was several feet behind the trailer that carried the vehicle. The trailer drove rapidly away from the dog and in postproduction, the action was reversed to appear as if the vehicle were speeding toward the dog. Sandbags were placed between the dog and the trailer to ensure the animal's safety. The vehicle's engine was turned off during the entire scene.

Ned sits in the street as a bus approaches. A trainer placed the dog on his mark and verbally cued him to "sit and stay." The dog remained sitting as the bus drove by at a safe distance from the animal. The trainer stayed close by during filming and the area was inspected to ensure the animal's safety.

A dog and its owner sit at the front desk of a motel Walter checks into. The dog was placed on its mark by a trainer and given a verbal cue to "stay." Later, in a flashback, we see the same owner and dog, a puppy at that time, in the same position at the front desk. For the flashback scene, the trainer put the puppy on a table behind the counter and gave verbal cues to "stay" and "speak" when needed. The trainer stayed close by during filming.