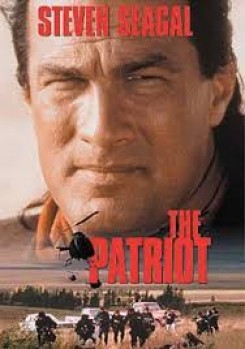 The Patriot is a film about a militia group in Ennis Montana, whose leader uses biochemical warfare by releasing a virus. The small town is immediately put under quarantine. Wesley Beckett, the local doctor and former FBI chemist, is forced to flee town with Holly, his daughter, after the militia discovers that she has the blood type needed to make the anti-serum.

There is a scene where Wesley and Frank, his friend and ranch hand, are out riding and find a sick foal. Wesley picks the foal up and places it across his saddle and rides back to the ranch. Later the foal is lying on the floor of a stall as Wesley stokes his side. The scenes were shot in cuts. The foal was placed across the saddle and the actor rode slowly away.

In another scene, Wesley and Ann, a friend, gallop across the countryside to a secret Army facility. This scene was shot in cuts. The area was checked for any harmful debris prior to shooting. Stunt doubles were used along with the actors.

Other animal action consists of farm animals in the background at the ranch and cabin and a dog in the back of a stationary truck and in the cab of a moving truck.