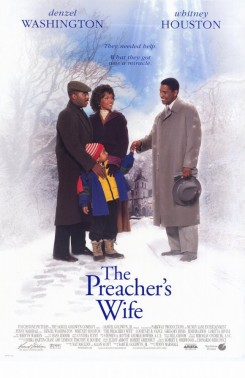 The Preacher's Wife is a remake of the 1947 comedy The Bishop's Wife, about an angel who comes to earth after a troubled minister ask for God's help.

The animal action consists of a dog seen in two scenes. In the first scene he runs from A to B down the sidewalk and out of camera range. The second scene he is seen running from A to B across the street, approaching some children. The dog barks and a child pets him and he turns, running out of camera range. The trainer merely placed the dog on his mark and cued him with verbal and hand commands.

American Humane was not present on set to monitor the animal action.