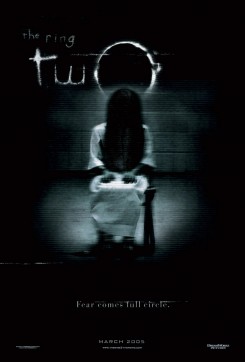 A change of scenery does little to erase the terrifying memories that plague reporter Rachel Keller (Watts) and her son Aidan (Dorfman) as they settle into their new life on the Oregon coast. When an unmarked videotape is discovered at a local crime scene, it quickly becomes apparent that Samara Morgan has returned to inflict more terror and death on the unsuspecting victims that watch this tape.

The only live animals in this film are the four goldfish in the aquarium on Aidan's bedside table. Production bought the aquarium and fish from an aquatic supply store, and a crew member maintained them on the set. The crew member adopted the fish after filming and added them to his own home aquarium. In one shot, the aquarium is empty and the fish are dead; production provided documentation for these prop fish.

The deer that attack Rachel and Aidan in their car, as well as the fly that appears to crawl from a faucet in another scene, came courtesy of computer-generated imagery (CGI) created by Rhythm & Hues.