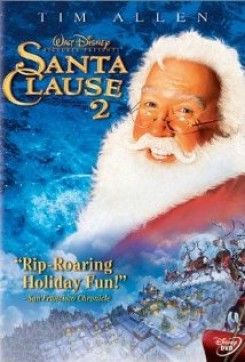 Scott Calvin has been a humble Santa Claus for nearly ten years, but it might come to an end if he doesn't find a Mrs. Claus.

A horse-drawn sleigh helps Scott in the romance department when he decides to court his son’s school principal, Carol (Elizabeth Mitchell). Despite arriving at Carol’s home unannounced, Scott soon wins her over with a picturesque sleigh ride in the snow. A brother and sister Welsh Mountain pony team named Rascal and Mischief pulled the lightweight sleigh at a slow trot down an enclosed street covered in artificial snow. Trainers stood off-camera directing their path.

When not working in the limelight on film sets, Rascal and Mischief soak up attention at various shows and parades throughout British Columbia.

All of Santa’s hard-working reindeer were animatronic, as were the mice used in the “replicator” machine at Santa’s workshop. "