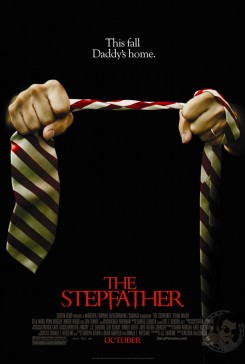 David Harris (Dylan Walsh) sweeps divorced mom Susan (Sela Ward) off her feet, but her son Michael (Penn Badgley) suspects his mom's new "dream man" is not what he seems. When David reveals a hot temper and a secretive past, Michael tries to prove his suspicions before it's too late.

Mrs. Cutter (Nancy Linehan Charles) holds and pets a cat while talking to Susan (Sela Ward) at the front door. Mrs. Cutter then goes to get the newspaper while holding the cat, and later holds a cat while standing on her stoop and while looking out her living room window. For this mild action, the trainer handed the cat to the well-rehearsed actress moments before cameras rolled and then retrieved the cat right after filming. Streets were closed off to traffic. Multiple trainers stood nearby as a precaution. The cast and crew allowed on set were limited, and they were instructed on the cats' proper handling and told to remain quiet.

About a dozen cats in a yard eat from bowls while Mrs. Cutter places more food into additional bowls before returning inside the house with one cat under her arm and another walking inside. Trainers placed the cats on their marks in the yard and they were allowed to eat their regular kibble, which they seemed happy about. These cats were all familiar with each other and accustomed to eating close together. Several trainers stood outside to monitor the cats as they ate, and takes were limited to ensure the cats did not overeat. The actress holding the cat was instructed on its proper handling. Two trainers called one cat into the house.

A black cat appears to jump into the camera frame and run down the hall, as if startled by something. For this shot, a trainer gently tossed the cat from a short height and cued it to walk off. While holding a gray cat in her arms, Mrs. Cutter then approaches the "startled" black cat, who is now hiding in the closet. The cat hisses and runs off. Three off-screen trainers stood nearby during this part of the scene. One trainer hid in the closet with the black cat, which had been placed there moments before filming. The actress gently set the gray cat down in the closet near the black cat, which was never actually startled but was trained and cued to hiss at a stuffed toy. The black cat was then cued to run out of the closet, and both cats were retrieved after filming.

David (Dylan Walsh) pushes Mrs. Cutter down the stairs, then picks up a cat that is standing by his feet and walks downstairs with it. No cats were present during the stair stunt. The actor was instructed on how to pick up and handle the cat. When he set it down, trainers used a buzzer to cue a couple of cats to approach the woman. Her face had been smeared with baby food and one cat licked her.

A dog barks and scratches at a patio door, as if trying to get in. A trainer cued the dog to bark, scratch and paw at the Plexiglas window and jump up on it. This brief scene was filmed in a couple of quick takes.