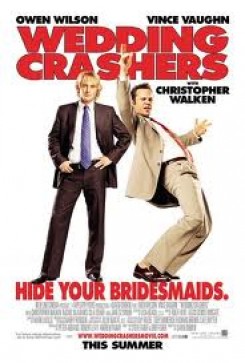 Modern day Lotharios John Beckwith and Jeremy Klein have a peculiar hobby: crashing weddings to meet eligible ladies smitten by the prospect of wedded bliss. Their genius dating strategy falters when John (Owen Wilson) becomes infatuated with the engaged daughter of the U.S. Treasury Secretary and the duo must keep up appearances during a weekend at the family's magnificent estate.

Although American Humane monitored a scene that involved quail, the birds did not make it into the theatrical release. The birds may appear on the DVD version. The trainers worked with Maryland's Department of Natural Resources to obtain a permit for the release of 47 quail at the plantation on which they were filming. This large plantation was very suitable for release as it provided trees, grass, and brush for the birds, which are indigenous to the area.

In a brief montage, John and Claire (Rachel McAdams) ride bikes down a country road to a pasture of sheep. The sheep lived on a nearby farm and the owner agreed to let the couple ride in the pasture as the camera man filmed the action.