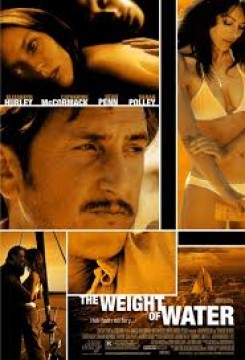 Weight of Water, The

In this drama we meet two couples taking a boat trip to an island to stay at an unusual house. In this house, two women were murdered. While on their journey, the couples begin reading about the ghastly murders and one of the women in the boat begins to have visions of the murder and what really happened.

A puppy is given to one of the women as company while her husband is away. She is shown walking with the dog and carrying the dog in several scenes throughout the film. The trainer put the dog on its mark either on the ground or in the actor's arms and stood just off camera as the scene was being filmed.

Horses were used in two different scenes. In one scene we see two horses running through a doorway. A trainer placed the horses on their marks and had them run from point A to B. In another scene, we see two mounted policemen. The trainer held the horses as the actors mounted them and rode them from point A to B under the watchful eye of the trainer standing off camera.