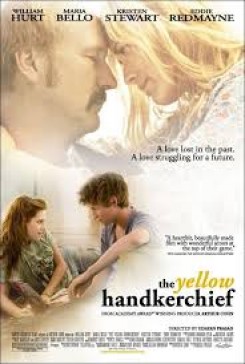 A young man gives a ride to a teenage girl and a man just out of prison. The three of them become friends and spend several days on the road, sharing stories and helping the ex-con reunite with his one true love.

For the scene in which some men pin down an alligator in a motel parking lot, tie it up and place it in a truck bed, costumed trainers performed the action. They had extensive experience with this trained alligator and took special care in handling it gently.

For the scene in which two police cars chase a horse down a road at night, the horse and stunt drivers were very well-rehearsed. A lead horse ran ahead to cue the other horse to chase after it —the two horses knew each other and are part of a performing drill team. The horse happily ran down the street while the stunt drivers kept their cars at a safe distance. The horse was retrieved right after filming.

For the scene in which a deer is hit by a car, the "live" deer was animatronic. A prop was used for dead deer.

Due to late notification or limited resources, American Humane did not monitor any of the snake action.