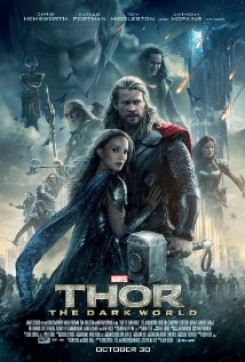 Faced with an enemy that even Odin and Asgard cannot withstand, Thor must embark on his most perilous and personal journey yet, one that will reunite him with Jane Foster and force him to sacrifice everything to save us all.

American Humane Association Certified Animal Safety Representatives™ were unable to directly supervise the animal action in Thor: The Dark World due to the fact that it was filmed internationally and the production did not establish a contract for our oversight. However, the production did provide a pre-release screening of the film, as requested by American Humane Association.