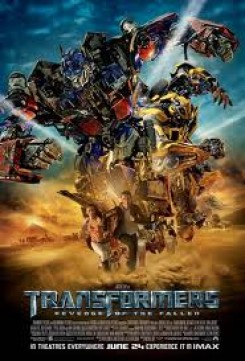 Transformers: Revenge of the Fallen

For the last two years, the Transformers race has been helping Earth's armed forces, but when Sam discovers the secret behind the Transformers' origins, his threat to expose the truth stirs up trouble with the Decepticons.

Before filming began, cast and crew members were instructed on the safety and handling of the animals. All grounds were thoroughly inspected for safety. Only necessary cast and crew members were allowed on the set and all were quiet during filming. Animals were never near explosions. All gunfire and bombing was either filmed in the absence of the animals or added in post-production. For scenes in which vehicles drive by or near animals, a professional stunt driver drove the vehicles slowly and safely along well-choreographed pathways. The animals were conditioned to the action during rehearsal scenes.

In the prehistoric scene in the beginning of the film, a tiger runs in the background from one point to another across an open plane. The tiger was brought to the set in a cage and kept a safe distance from all humans. Before releasing the tiger, a hotline perimeter was set up to keep the animal in a designated area. A trainer released the tiger at the beginning point while another trainer stood at the end point, using food bait to lure it. The tiger was retrieved at the end point.

Chester and Paris played the role of the Witwicky family dogs, Mojo and Frankie. They were familiar with each other and accustomed to being together. Whenever the dogs performed such mild action as sitting, lying, being held, jumping on the couch, or walking or running from one point to another, off-screen trainers used hand signals and verbal commands to achieve the action. For scenes in which Mojo humps Frankie, trainers placed Chester's front paws on Paris' hind end and cued him to hump, which he was trained to do. For scenes in which they are in the tree house/doghouse, the pole that the house is attached to was secured to the ground, and trainers set the dogs on their marks and cued them to stay. Trainers then cued the dogs to run down the ramp attached to the pole, which had safe footing. The explosions in one shot were added in post-production. For the shot in which the dogs sniff around in the yard after the explosions, food was placed on the ground to entice them to sniff and poke around.

For scenes in which dogs are briefly seen in the desert, they were placed on their marks and cued to stay.

Michael Bay, the film's director, cast his own dog, a bull mastiff, in the role of Mikaela's (Meagan Fox) dog. The dog was placed on its mark for all of the scenes, which involved mild action, and the actress was instructed on its proper handling before filming began. The food in the dog dish was the dog's normal diet.

In several scenes in the desert, camels, goats, donkeys and chickens are seen milling about. The goats were either secured to posts or allowed to roam freely for a few moments while trainers stood nearby. As a precaution, costumed trainers were scattered around, some of whom led camels and goats by lead ropes. For scenes in which camels or donkeys run or are ridden, they were cued to perform this action, which they were accustomed to, and trainers often doubled as actors. All animals wearing packs or pulling carts were designated pack animals accustomed to this action, and the prop cargo was lightweight. While hiding behind a wall, Captain Lennox (Josh Duhamel) tosses a chicken away from him, and shortly thereafter, a chicken flies over a car as bombs explode nearly. For these scenes, the chickens were gently tossed by well-rehearsed actors and were never near any explosions.

The octopus, starfish and goat that get sucked into the tornado were computer-generated imagery.

Production provided documentation for the pork carcasses at the butcher shop.