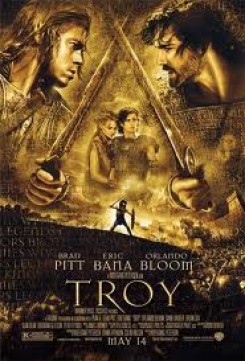 An adaptation of Homer's great epic, the film follows the assault on Troy by the united Greek forces and chronicles the fates of the men involved.

Warner Bros.' epic saga Troy was filmed in London, Malta, and Los Cabos, Mexico, and the American Humane Association's Film & TV Unit could not monitor the animal action due to budgetary restrictions for international productions. The Film Unit's work is funded by a Screen Actors Guild (SAG) grant, which allocates resources solely to cover SAG domestic projects. Productions filming abroad do have the option of paying for American Humane's monitoring services. This does not guarantee that the film will receive an end-credit disclaimer, however, since the disclaimer is awarded exclusively on the basis of the animal treatment during production.

The filmmakers did not request our services on the set of Troy, and since American Humane was not present to witness the extensive animal action firsthand, we are rating the film "Unknown". Please direct any questions or concerns you might have regarding the animal action directly to Warner Bros. Studio.