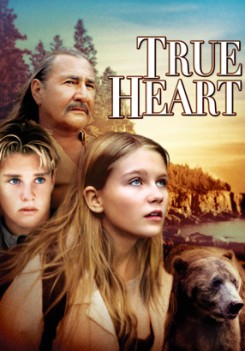 True Heart is a film about Bonnie and Sam, 14 year old twins, who are involved in a plane crash on their way to see their mother and stepfather. The Pilot is killed and the twins are rescued by Azusa, a mountain-man. Azusa warns the children to stay clear of poachers who are trying to catch "True Heart", a Kodiak bear. Unfortunately, the poachers capture Bonnie and Sam, however, Azusa rescues them. In the end, the bear, is saved and the poachers are arrested.