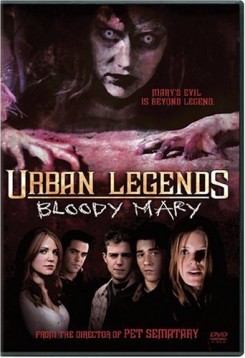 This horror film is based on the urban legend of repeating the name “Bloody Mary” in front of a mirror in the hopes that Mary will appear but not take you into the mirror with her. Mary Banner was a high school girl who was raped and killed by a member of the football team in the 1960s. The film takes place in present day, and as people begin to disappear, it is discovered that this old urban legend is what is causing the disappearances.

The American Humane Association’s Film & Television Unit did not monitor the animal action in this film. Bloody Mary is a Screen Actors Guild (SAG) production, and therefore it was required to provide American Humane’s Certified Animal Safety Representatives on-set access whenever animals were used. However, due to limited  resources and/or scheduling conflicts, the American Humane Association’s Film & TV Unit was unable to directly supervise the scenes in which animals appeared. The production did provide a pre-release screening of Bloody Mary, and because the production complied with all requirements established by American Humane, the film has received a Not Monitored: Met Production Expectations rating.