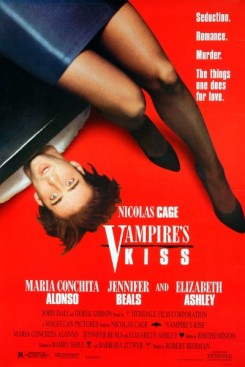 After an encounter with a neck-biter, a publishing executive thinks that he's turning into a vampire.

The following AHA film review was compiled from archival information and documentation and may not reflect AHA’s current criteria for animal action review and rating procedures.

Star Nicolas Cage admitted in print that he ate two live cockroaches during the filming of Vampire’s  Kiss, earning the movie an Unacceptable rating from AHA.