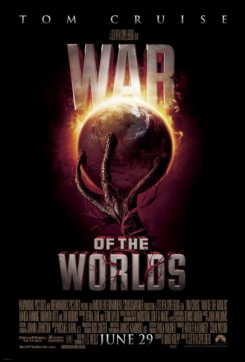 War of the Worlds

In this adaptation of H.G. Wells’ sci-fi thriller, working class father Ray Ferrier (Tom Cruise) blows off his paternal responsibilities after separating from his wife. But when Ray discovers what’s causing a series of strange lighting storms striking his neighborhood, he realizes that petty clashes with the kids are the least of his worries.

War of the Worlds is a Screen Actors Guild (SAG) production, and therefore it was required to provide American Humane’s Certified Animal Safety Representatives on-set access whenever animals were used. However, due to limited resources and/or scheduling conflicts, American Humane’s Film & Television Unit was unable to directly supervise all scenes in which animals appeared. Paramount Pictures did not provide a pre-release screening of War of the Worlds, and since American Humane could not witness all the animal action firsthand, the film has received a Not Monitored rating.

American Humane’s Certified Animal Safety Representatives were able to  monitor some scenes in the film. A few such scenes called for the release of pigeons. Trainers held the birds in cages off camera and released them one at a time by hand on the director’s cue. All the birds were banded to ensure their safe recapture. Smoke machines and peat moss dust were used to make the atmosphere appear smoky, while wind machines and other props created a scene of chaos. For safety, the birds were released far away from these special effects.

In some scenes, people carry or walk their dogs as they try to escape the alien invasion. A horse is also walked alongside the road. These animals were extensively prepped and familiarized with the actors and the set by their trainers, who stood off camera to supervise the action. The animals were kept far away from the special effects machines and retrieved after each take.

American Humane monitored no other animal action in the film.