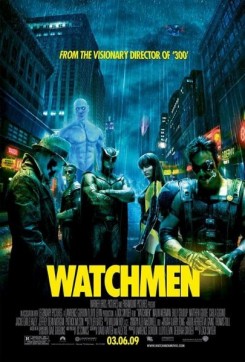 In an alternate 1985 where former superheroes exist, the murder of a colleague sends active vigilante Rorschach into his own sprawling investigation, uncovering something that could completely change the course of history as we know it.

American Humane’s Certified Animal Safety Representatives™ were unable to directly supervise the animal action in The Watchman because it was filmed outside the United States and the production did not establish a contract for our oversight. However,  the production did provide a pre-release screening of the film. The animal action in the film consists of two dogs playing tug of war with a severed leg, and later appearing bloody and injured when one of them flies through a window and attacks a man before it dies.