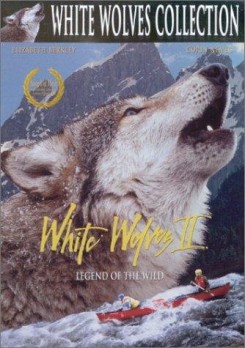 As a plea-bargain to clear their school records, a group of misfit teens ventures into the majestic but unforgiving wilderness to help a young naturalist save the vanishing wolves. After they encountered unexpected incident, they are aided by the mysterious white wolf of myth and legend, who shows up to guide the way throughout the movie

The wolf cubs were seen throughout the film, usually just playing and being typical babies. Two trainers worked together, one releasing the cubs and the second calling them with hand and voice commands. To accomplish the scene, when the kids discover the cubs' mother killed, a wolf's pelt was used to make it appear as though there was a dead wolf. The trainer owned the pelt which has been used in other productions and gave a mere suggestion of a dead animal. For the scene where the cubs chew off their leashes and run into the woods, the scene was shot in cuts. The rope leashes were never actually tied but just gave the illusion that the bear cubs were tied to the tree. To get the cubs to chew at their leashes, food was placed on the rope and the cubs ate it off. Later when the group hid the cubs in the ice chest, the cubs had been trained to stay in the ice chest. During training, the trainer first put them in the ice chest for a short time and gradually they became comfortable with the chest for longer periods of time. The scene with the Grizzly Bear was shot in cuts. The cubs and the bear were never on the set at the same time. Trainers lured the bear into the camp area with voice commands and food rewards. Food was also put in and on the sleeping bags to get the bear to tear at the cloth. For the scene where the wolf rescues the teens from the river, it was the trainers acting as a doubles for the actors and wearing life vests. The trained wolf was able to take the collar of the life vest in its mouth and the trainer pushed backwards. Working together, the trainer and the animal gave the illusion that the animal was dragging the person onto the riverbank.' Later in the film we see a huddled family of mice. For this scene, a perimeter was created with rocks so that the mice could not wander off inside the cave. Later in the film when we see the cub with a fish in his mouth, the fish had been purchased dead from a fish market.