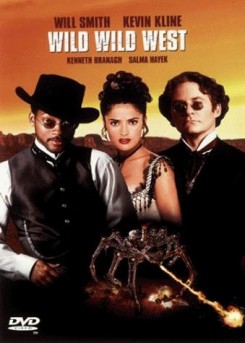 Westerns are traditionally packed with horse action, gunfights, and lots of stunts. This summer's blockbuster, The Wild Wild West, is no different, providing a comic twist to the adventure film filled with 19th century gadgetry reminiscent of a James Bond movie set in the old west. The film is based on the popular 1960's television series of the same name that starred Robert Conrad as James West, who was "fictitiously" billed as America's first Secret Service Agent. This newest version stars Will Smith as West and Kevin Kline as Artemus Gordon, his inventive partner. Together they battle the evil Dr. Loveless played by Kenneth Branagh who, with a few diabolical gadgets up his sleeve, is intent on assassinating President Grant.