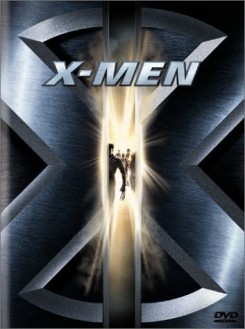 X-Men is a live-action adaptation of the popular comic book. The X-men are a team of superpowered humans (referred to as mutants) who, in true superhero fashion, fight for truth, justice and the American way. Despite that, the government is uncomfortable with these mutants and treats them with fear and loathing.

In the beginning of the film we see guards walking with German Shepherds on leashes. The trainer handed the leashes to the actors and stepped aside as the dogs walked with the actors holding them securely.

A young lady is shown brushing the top of a horse's head as it stands inside a stall. The trainer placed the horse in the stall and stood off camera and held the horse's reins. The actor gently brushed the horse.

Tommy, a young boy, is shown poking a jellyfish with a stick on the beach in one scene. The jellyfish was brought in from the prop department. Toad, one of the X-men, uses his long tongue to grab a bird sitting on a branch and eat it. The bird was computer generated, as was Toad's tongue!