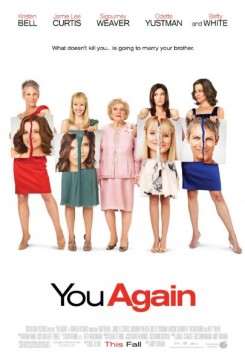 Marni (Kristen Bell), a successful businesswoman, flies to her hometown to meet her brother's fiancé. But when she discovers that the fiancé is the girl who bullied her in high school, the old rivalry is ignited and Marni's nerdy past comes back to haunt her.

Marni's family dog is seen performing such mild action as walking with someone on a sidewalk, being petted, pulling on a bed sheet with its mouth, hanging out while a couple plays basketball, and walking down the aisle with a ring-bearer pillow on its collar. Trainers used hand signals and verbal commands to cue the mild action, which the trained dog was accustomed to performing. The dog's barking and growling was also a cued behavior. All grounds were inspected for hazards and sets were closed and secured. Cast and crew members were introduced to the animals and instructed on their proper handling.