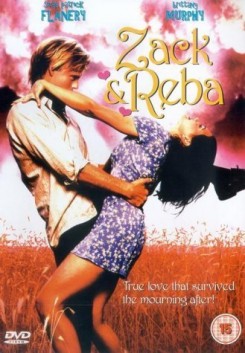 Zack & Reba is a film about Reba, a young woman, whose fiancé, Sparky, kills himself after she breaks their engagement. When Beulah Blanton, the local deranged woman, finds out that Reba is available, she attempts to fix the girl up with her grandson, Zack.

In one scene, Reba and Sparky are having a picnic in the woods. While Reba attempts to break her engagement with Sparky, he prepares the squirrel he killed for dinner. For this scene, a taxidermic squirrel was used.

Later, a squirrel walks around Sparky's dead body as a man, from out of the woods, steals Sparky's shoes. When he hears Reba approaching, he picks up the squirrel and places it in his pocket, retreating back into the thick woods. The trainer placed the animal on the ground and the actor merely, picked it up and put it in his pocket.

There is a funeral service at the high school football stadium and several bulldogs are tied to the back of the bleachers. The trainers placed the dogs on their marks and cued them with verbal commands.

Other animal action consists of Beulah supposedly shooting at a bird and it drops to the ground.

A fake bird was used. When Reba's brother aims a gun at a bird in a feeder, the shot is foiled because his mother approaches. A few cows are used in the background shots. The frogs which are dumped off of ice trays taken out of the refrigerator, were actually made of rubber.