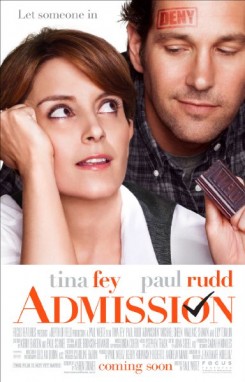 A Princeton admissions officer encounters an alternative school kid who she thinks she might have given up for adoption in her past.

In the scene where cows are being milked in a barn, trainers instructed actors on how to milk cows and where to sit in front of them prior to shooting.  Trainers were just off-camera, hiding inside the stalls to make sure everything went well.

In the scene where the actress tries squeeze her way out of a herd of cows, cows stood on their marks and were held in place by trainers holding their collars and halters. Prior to shooting the scene actors were coached on how to safely walk and squeeze through the group of cows.

In the scene where the two actors help a cow deliver its calf, the actress stands in front of the cow, coaching her, while the actor is placed behind the cow, acting as if he’s about to deliver the calf.  Trainers brought the cow to her mark and used cross ties to keep her positioned with a bale of hay for her to munch on. The cow’s legs the actor was pulling was a prosthetic baby hindquarter. The actor never really pulled on the cow’s legs.

In the scene where the actress enters her mom’s house and the dogs come out to greet her, trainers rehearsed the dogs and acquainted them with the actress prior to shooting.

In the subsequent scene, when the actress feeds kale to the dogs, the dogs were prepped to eat the kale before the scene was shot.