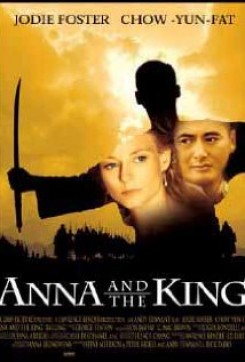 Anna and the King

Set in late 19th century Bangkok, Anna (Jodie Foster) arrives at Siam palace to tutor the king's eldest son in British culture and history, and instead learns that the ways of England are not in fact the ways of the world. Caught amidst both cultural and political turmoil, the defiant Anna must first fight her own personal battles before attempting to help fight Siam's.

Native Malaysian elephants appear in the film and were from 1 to 57 years old. Each elephant came with its own mahout - which is Hindi for a keeper and driver of an elephant - and two assistants. These personnel were dressed in period costume throughout the movie and appeared with the elephants at all times, one on the back of each elephant and one at each front leg on the ground. The carriers that the elephants held on their backs to support passengers are called "howdahs", and all of the elephants were comfortable transporting people with howdahs prior to filming.

All of the horses in the film were part of the Kuala Lumpur mounted police. Each horse came with its own policeman rider and grooms. The animals' training in police work had already acclimated them to large crowds, although many of the horses had never seen an elephant before. Prior to filming, the animal trainers introduced the horses and elephants by going on daily walks together until they finally felt comfortable in each other's presence.

Near the set was an animal holding center that housed all of the elephants and horses. Both the horse stables and the elephant pad were built under rain trees to provide shade for the animals, and periodic misting also helped to keep them cool. All areas were supplied with fresh running water, equipped with standpipes and hoses, one per two animals. And in addition to being surrounded by lakes, a water hole was built for the elephants to bathe in, which they heartily enjoyed. Also, separate quarantine areas were built for both the horses and elephants - fortunately they weren't used - and a veterinarian monitored the animals on a daily basis.