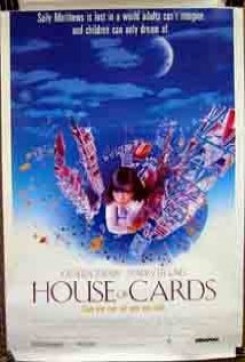 Before I Wake begins in Mexico, where Ruth Matthews, an architect, is preparing to return to the United States with her two children, nine-year-old Michael and six-year-old Sally. It's been a momentous time away from home. When she left she was a happily married woman, but she returns a widow. Her architect husband died in an accidental fall from a Mayan temple. Ruth stayed on for seven months to finish their joint project. Sally, an extremely bright and sensitive girl, is fascinated with spiritual matters and asks many questions of their Indian guide. Her questions are deep and thoughtful and probe the meaning of life and death. One week after their return home, Sally suddenly withdrawals from reality, becomes mute, behaves irratically and develops unusual abilities that cannot be explained. John Bierlander, a child psychologist, takes an interest in Sally. He urges Ruth to seek immediate treatment for her daughter, who he believes is autistic. Ruth refuses to buy into this theory, and seeks to help her daughter through her mother's instincts and love for her child. A conflict develops between these two caring people who want only what they feel is best for Sally.

Animal action is minimal. In opening scenes there are some beautiful close-ups of iguanas, filmed in their native environment on the Yucatan peninsula. A child plays a flute as the iguanas listen and seem to be mesmerized by the music. In other shots the iguanas are running. The iguanas were filmed doing whatever they do naturally and nothing was forced. Actors are astride mules or horses in several scenes and in one scene mules walk a trail carrying baskets tied across their backs. A family dog is seen briefly, primarily as background.