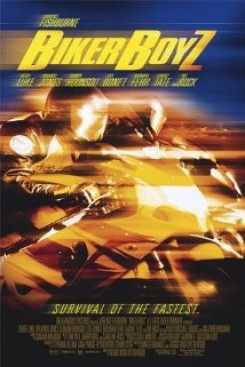 This is the story of Manuel Galloway (Laurence Fishburne), nicknamed "Smoke" and also known as the King of Cali". He is the president of a motorcycle club whose members are all African-American men, mostly white-collar workers who exchange their suits and ties at night and on weekends for leather jackets and motorcycle helmets. He holds the crown in motorcycle racing circles, but is always being challenged by the next young hot-shot. Beating Manuel is a coming of age landmark, not easily won. When he tries to retain his championship title at an annual drag-racing event in Fresno, he must not only face his challenger, but the folly of his own youth.

The annual drag race that takes place at the end of the film, begins near a horse pasture on a nearby farm. Seven horses were placed in a pasture by several trainers after the grounds were inspected and all holes were filled. One trainer sprinkled food on the ground to encourage the horses to graze. A truck with a camera mounted on it, followed by a motorcycle, begin to drive down the dirt road near the pasture of horses. The horses barely looked up from their grazing, although the shot was supposed to look as though the horses were spooked. The wranglers got the horses to run by waving their arms to start the horses off and they ran to another wrangler standing across the pasture, holding a bucket of grain.