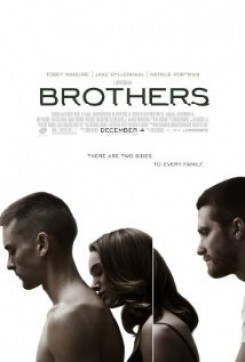 A young man comforts his older brother's wife and children after he goes missing in Afghanistan.

In several Afghanistan scenes, mules, goats and other farm animals are seen milling about in the background. For all of this background action, trainers scattered grain or feed around the area and then brought the animals to their marks. The animals either were allowed to graze at liberty or were kept in position by hobbling their two front legs with soft cotton rope, which they had been well-rehearsed for and were accustomed to. For scenes with chickens, pens were placed around the chickens before filming and then removed for brief takes, while trainers stood nearby with catch nets in case any of the chickens left the feed areas, which none did. For the two scenes in which a jeep drove nearby, experienced stunt drivers drove the vehicles a safe distance from the animals. For the scene in which military helicopters fly overhead and several military vehicles drive around, the animals had already been removed before the land and air vehicles entered and before gunshots were fired. For scenes in which animals are seen on snowy ground, this was an actual light snow-cover, which the animals (who were local) were very accustomed to. All grounds were inspected for hazards before filming. American Humane also monitored a scene in which a goat was sacrificed, for which they used a special effects prop knife equipped with a tube of fake blood. This scene was cut from theatrical release but might return on DVD.