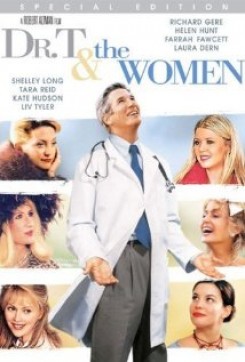 Dr. T And The Women

In this dramedy, Richard Gere plays Dr. Travis, a popular Texas gynecologist with a happy family and a knack for making his patients feel at home. But when his wife is hospitalized for having an emotional breakdown, he finds comfort in another woman.

There is a scene in an indoor mall where ducks swim in a pond in front of Tiffany's.

Later, several ducks swim in a lake while hunters aim their guns and shoot at them. A decoy is hit, and the ducks continue to swim around it.

In one scene, a turkey is shown running in the woods. Then a man aims and tries to shoot at it. To accomplish this, a trainer released the turkey while the camera was rolling and then retrieved the turkey afterwards. The man aiming the arrow was filmed separately and the two scenes were merely edited together.