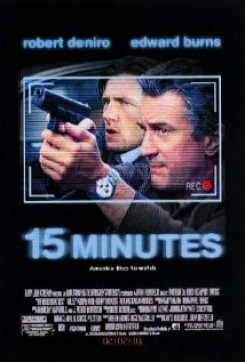 A homicide detective and a fire marshall must stop a pair of murderers who commit videotaped crimes to become media darlings.

There are only two scenes in which animals appear. In one sequence, pigeons fly across a view of a burned out building. The birds were released by a trained handler. In a later scene, the firefighter is at home watching television with his small Dachshund lying beside him on the sofa. The trainer placed the dog in position and cued it to stay using visual commands.