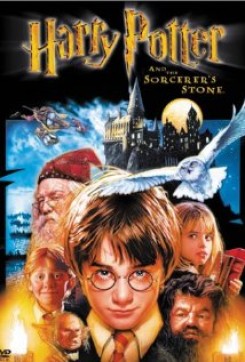 Harry Potter And The Sorcerer's Stone

Let the Magic Begin! Harry Potter and the Sorcerer's Stone is the story of a mysteriously orphaned boy who discovers his great magical destiny: he's an already famous wizard. When young Harry Potter (Daniel Radcliffe) learns of his wizard status, he's finally able to escape his horrible Muggle (i.e. non-wizard) guardians, the Dursleys, and enter an enchanting world where sorcery reigns--namely, at the Hogwarts School of Witchcraft and Wizardry. Between Quidditch practice and transfiguration and potions classes, Harry must also confront the greatest evil any non-Muggle has ever known, the scary and elusive Voldemort, and stop him from stealing the powerful Sorcerer's Stone.