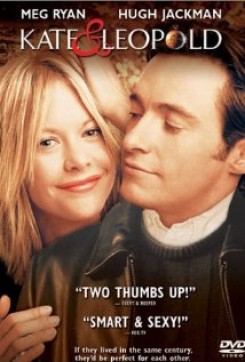 Bart was played by 2 male Anatolian Shepherds, Noah, who was 21/2 years old, and Moses, 5. Noah and Moses were verbally cued by trainers hidden off-camera to achieve their actions, including barking, running, and even to sit or lay quietly. The dogs were also trained to achieve actions specially for the film, such as flipping over the baby gate that Stuart uses to keep Bart at bay, and to stand still while being pulled on a rug by their leash. For this sequence, Bart is pulled toward an open elevator shaft that Stuart, still clinging to Bart's leash, has fallen down. A trainer actually pulled the dog by its leash while another trainer reinforced a "stay" command from off-camera. The effect is that Bart looks as though he's resisting the pull. The elevator itself was only a prop elevator - only a camera was hidden inside to get Bart's reaction to his master's eventual fall. Bart's quizzical facial expressions to Stuart's accident were prompted by the trainer making strange noises at the dog.

Kate decides later that Bart needs a walk and hands over his leash to Leopold for the task. Chaos ensues when Bart sees 2 white poodles standing on a street corner (each on leashes with their owner) and runs after them, pulling a reluctant Leopold for the ride. Bart runs into traffic, narrowly dodging cars to get to his destination, but must eventually stop to relieve himself on the sidewalk. Rejuvenated, Bart resumes the chase, yanks himself free of the leash, and runs in front a parked fire engine. Alas, his poodle-fantasy is never realized, and he is next seen back inside, lounging on the couch. The objects of Bart's affection were played by 2 white male poodles named Charlie and Mario. The chase was carefully choreographed to establish the timing of the stunt drivers in the street, which was closed off to traffic by police officers. Trainers called to Noah from off-camera using a megaphone and the promise of edible rewards, which the hard-working Noah rightfully earned. Despite all those tasty treats, however, fake, non-toxic poop was hidden under the dog when the scene called for it. Noah was trained to sit in a half-squat to simulate the action, and trotted off to the trainer off-camera when called.

Earlier in the film, Bart sits inside and lazily watches a cat sitting out on the fire escape. The role of the cat was shared by 3 gray shorthairs, Mike and Joe, both 8 year-old males, and Krista. A trainer sat off-camera on the fire escape with the cat, using a clicker and food rewards to prompt the cat to achieve the "in"-action.

Several horse-drawn carriages appear in the film. Professional drivers were always at the helm of the carriages, while the actors only appeared to drive. Similarly, in the horseback-riding sequences, including the mugger-chase in Central Park, stunt riders and professional wranglers doubled as actors for the intense riding, while the actors only rode short distances for establishing shots. A saddle was hidden on the white horse for actors Jackman and Ryan and removed for the professional riders, as Kate and Leopold bravely chase down the man who stole Kate's purse. Trained riding and jumping horses Augusto and Ghost, both white Andalusians, were used in the Central Park sequences, and a black horse named Voodoo appeared in the beginning of the film.