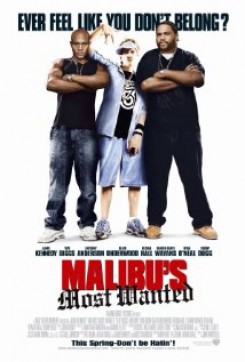 Jaime Kennedy plays Brad Gluckman, a wannabe rap star from Malibu who acts and talks like he's from the "'hood." To avoid embarrassment during his father's campaign for governor of California, his father and the campaign manager hire two Juilliard-trained actors to disguise themselves as "real life gangstaz". They kidnap Brad and drop him off in the "real hood" in Compton, in an effort to scare the "ghettofied" attitude and behavior out of him.

Ronnie the rat crawls out from under Brad's bed and stands up on his hind legs and speaks to him. The rat then exits through a grate on the floor. A trainer placed the rat on its mark just off camera. Another trainer stood off camera and clicked a buzzer that the rat followed. To get the rat to stand up on its hind legs, one trainer put the rat on its mark while another trainer stood off camera holding up a stick with some peanut butter on the end of it. The rat sat up and followed the stick with its eyes throughout the scene. When the scene was over, the rat got to eat the peanut butter. The grate in the wall that the rat runs into was made by the production. The grate is lightweight plastic and it covered a hole that lead to a platform where the rat met the awaiting trainer and food reward. A computer created the gold necklace that Ronnie wore.