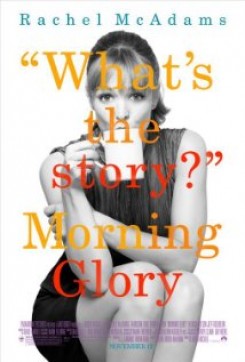 When an eager producer of a small television show gets hired as the executive producer of a fourth-rated network morning show, she must juggle the hodgepodge crew and head-butting anchors to get the ratings up before the show is cancelled.

For a shot in which a cat walks on a table, trainers placed the cat on its mark and allowed it to walk at liberty.

For a brief and mild scene in which a man leads a camel on a rope in the wings of a television studio, a costumed trainer walked the well-rehearsed camel from one point to another.

The pigeons that fly up in two scenes were coincidentally caught on film in their natural environment.

The production provided documentation on the stock footage of the Chinese Crested dog and the taxidermy pheasants used in the film.

Due to late notification or limited resources, American Humane Association did not monitor any of the dog, bird or fish action or any of the wild animals shown during the "Jack Hanna"-style television segment.