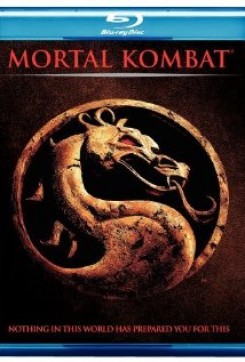 Mortal Kombat is a movie about good versus evil. There is a battle of mortal combat that takes place every 10,000 years, and for the past nine combat events, the evil sorcerer Shang Sun has won. If he wins this time he will take over the world as we know it and it will become like the outer-world, a land of evil. The inner-world has only one chance of winning and that is with the combined efforts of three young individuals, Johnny Cage, Sonya Blade, and Liu Kang, all experts in martial arts. They must defeat all the opponents at the mortal combat event and one out of the three of them must defeat the great sorcerer himself. The battles begin with the three fighting strange and powerful creatures from the underworld of evil. Kang battles with a Reptile looking creature that morphs into a gargoyle. While Johnny fights off a robot with the ability to freeze people, Sonya defeats another type of robotic creature. In the end Shang Sun is vanquished by Kang and the outer world is released from Shang's 10,000 year rein of evil.

In one scene Kang defeats a reptile from the underworld as he kicks him off a ledge. As it lands on the ground it turns into a skeleton. The stomach opens, insects (millipedes, stink bugs, king meal worms, and cockroaches) and a small snake crawl out of the hole, onto the body and surrounding ground. To accomplish this the wrangler placed the bugs into the head and body of the reptile which was made of fiber glass and foam. To make sure that the snake and bugs could not escape, the scene was filmed in an area similar to a big sandbox. The walls were a foot high and were filled with peat moss. After the shoot, the director did not allow anyone to move until the trainers had collected the snake and insects so that none could be harmed.