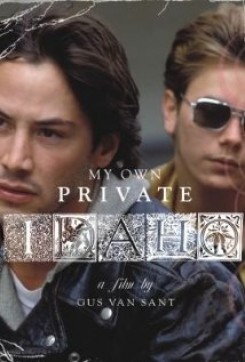 My Own Private Idaho

My Own Private Idaho is a sad story of young boys that have been forced to become male prostitutes in order to survive on the streets. As a rebellious gesture, one young man, Scott, a Senator's son, decides to join the boys who live on the streets. He promises to help these boys when he comes into his inheritance. He befriends Mike, an unusual boy who, when emotionally strained, has seizures which cause him to shake and then fall into a deep sleep. Scott and Mike go on a journey in search of Mike's mother, who Mike has not seen since he was a baby living in Idaho. They travel through many towns and even fly to Rome in their search. Once they reach Rome, Scott meets a girl and falls in love. Mike is heartbroken with the loss of his best friend/lover and returns back to the streets of Portland to resume his lonely street life. Scott returns to Portland, after coming into his inheritance and marries the young Italian girl. A confrontation ensues between Scott and his street friends who want Scott to keep his promise.

Animal action is very minimal. The boys have two stray dogs which live with them in an abandoned hotel. They are seen periodically walking through various scenes. In the beginning and ending scenes we see salmon swimming upstream. This was stock footage. Horses, goats, sheep, cows and a dog were used as background only.