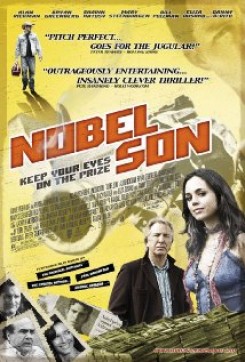 When Barkley's (Bryan Greenberg) haughty father Eli (Alan Rickman) wins the Nobel Prize, a bitter man kidnaps Barkley to try to use the prize money for ransom and to vindicate his father, whose theories Eli allegedly stole. But twists and turns abound.

City's (Eliza Dushku) cat jumps onto the vent box on the roof of her apartment and walks off. For this brief and mild action, an off-camera trainer held the cat and gently dropped it a couple of feet onto the box. A second trainer then used a buzzer to cue the cat to walk from point A to point B, where the cat was retrieved. The cat was kept a safe distance from the candles and from the edge of the building. Later, City's cat jumps onto the bed, meows and walks off. This scene was achieved in the same way — an off-screen trainer gently dropped the cat a couple of feet onto its mark on the bed while another trainer used a buzzer to get the cat to walk out of camera frame.