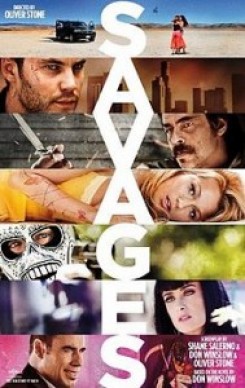 Marijuana farmers Ben and Chon get into a conflict with the Mexican drug cartel when the woman they both love is kidnapped.

This film featured both goats and horses. One such scene involves a goat eating leaves off of a branch. To accomplish this, trainers provided leaves which goats were accustomed to eating.

Another scene takes place in a stable where a man leads a horse by a rope while the horse circles him at a trot. The man in the scene was a real wrangler, skilled at leading the horse.

When we see a woman walking with her dog on a leash, she was merely filmed in the background of the shot. Likewise, the baby turtles on the beach were filmed in their natural habitat.

Production provided a receipt for the dead fish in the marketplace.