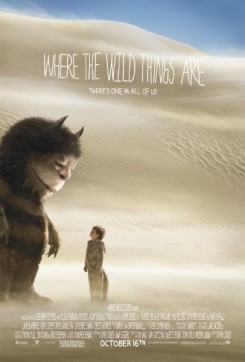 Where the Wild Things Are

This film is based on the children’s book by Maurice Sendak and is about a young boy who doesn’t listen to his mother and frequently gets in trouble. He creates his own world where wild creatures live and he is in charge, and goes to live there for awhile.

In a brief scene, a raccoon is seen in the stomach of one of the creatures after the creature has swallowed it. This shot was filmed against a green screen on a closed set. Only a limited number of crew members were allowed on the set  Apple boxes formed steps leading up to a secured platform that was carpeted and then covered in fake fur to match the creature’s fur. A trainer brought the raccoon to the set on a leash and then verbally cued it to walk up the apple box steps and sit and stay on the platform. The trainer stood just off-camera. Another trainer stood off-camera making noises to get the raccoon to react and look in various directions.

Production provided documentation that the owls that were shot and killed were computer-generated and the raccoon that was thrown to the ground was a prop.