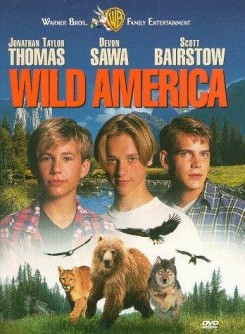 Wild America is a film about Marshall an eleven year old boy and the adventures that he, Marty and Mark, his two older brothers, experience while growing up. Marshall is always the Guinea pig for his brother's experiments and they conduct a lot of them. The boys have a great love for animals and the outdoors, which they acquired from their mother. As long as they can remember, she was always adopting any stray animal that happened upon their farm, everything from dogs, cats, goats, and an injured owl. The owl was Marshall's favorite pet and while the animal was recuperating he could always be found in Marshall's presence.